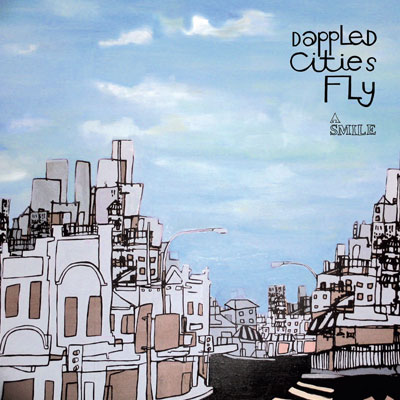 A Smile is the debut album from Dappled Cities Fly. It was recorded over two fortnight-long sessions, 12 months apart, 2003-204 at Razors Edge Studios, produced by Jonathan Burnside. Additional tracking was recorded by the band at Rostrevor towards the end of the second session. It was released in Australia only on October 18th 2004 through Sydney based indie label Smash Music, and distributed by Melbourne-based Stomp. After the band signed with Speak ‘n Spell for the Australian territory for the follow-up album, Granddance, A Smile was re-released as a double CD pack with A Crooked Smile on November 11th 2006.